It was only a few hours after Airbnb host Rebecca Burkeen posted photos and a description of a tiny home to the website that she received her first booking request.

“As soon as we posted it, as soon as we listed it on Airbnb, within the first two hours it had already been booked for five nights,” Burkeen said.

The 432-square foot home was renovated by her husband Bobby and her son Brandon over the previous few months.

She dubbed it the “Happy Tiny House Hideaway.” The one-bedroom space on Martin Lane in Carlsbad features full-sized amenities, including stove, refrigerator and shower.

“We were just like ‘wow, this is really cute,'” Burkeen said, and guests agreed.

One guest, Darby, wrote in April 2021: “The tiny house was very cute and cozy to stay in for the weekend to explore Carlsbad. About 5-10 mins away from the cool things to do in town and 30-60 minutes away from all the amazing nature related things to do. Rebecca is very responsive and was willing to work with me. My dogs had a great time running around as well. We’ll definitely stay here again whenever we come back!”

Burkeen and the “Happy Tiny House Hideaway’ were named the No. 1 new Airbnb host in New Mexico by the company. Airbnb considered those who became hosts in 2021, had the most guest check-ins and had achieved “Superhost” status when naming a top host for all 50 states.

The Happy Tiny House Hideaway boasts 150 reviews, maintaining at 4.96 rating. It was an award Burkeen said she was excited to receive, snapping screenshot of the announcement to send it to her husband and sons.

“I was excited. I was shocked, everything at the same time,” she said. “Even doing everything I can I figured there were other nice properties in New Mexico.”

The wife, mother and grandmother thinks of the property as a post-retirement hobby; she retired after a 16 year career with Walmart. She said it was the result of a conversation with her son and daughter-in-law, who are also Airbnb hosts.

But the success of her endeavor wasn’t a guarantee, Burkeen said, which is why she focused on ensuring the best experience for her guests amid the COVID-19 pandemic.

“I was so afraid with all of this going on that people wouldn’t be traveling,” Burkeen said. “But to me, I don’t think it’s affected us at all.” 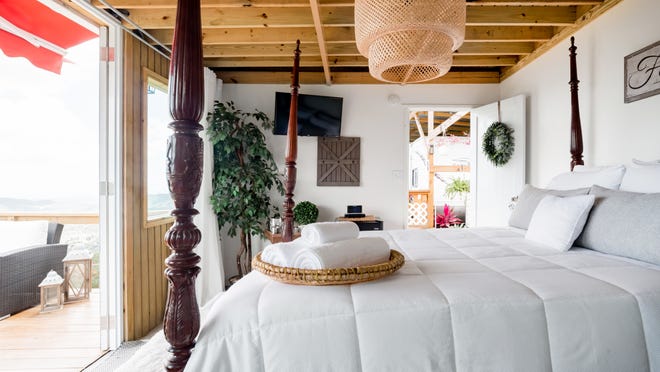 She said guests are still booking the tiny – which gets a deep cleaning after every stay. Burkeen said her granddaughter, Makaylynn Bukeen, at first helped with the cleaning of the location, and deserves credit in helping win the honor.

Burkeen is among a number of first time Airbnb hosts who’ve experienced success amid the worldwide pandemic. Airbnb reported that between Jan. 1 and Sept. 30, new hosts with one listing accounted for $3 million in personal revenue earned, and new hosts on the platform earned $6 billion since the pandemic began.

“Great Hosts have always been the lifeblood of our community and to see Hosts achieve the success that these individuals have in less than a year and during a pandemic is nothing short of inspiring,” a news release from the company read. 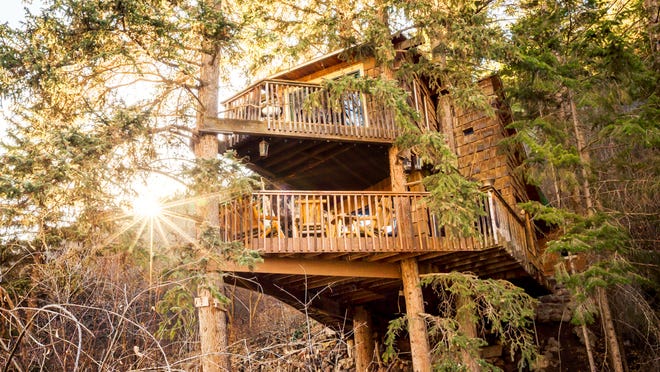 New Mexico’s Department of Tourism announced it would partner with Airbnb to promote “Rediscover New Mexico” a campaign to support travel around the state as communities began recovering from the economic impact of the pandemic.

Burkeen said that most of her guests come to visit the area’s recreational treasures: Carlsbad Caverns National Park and Guadalupe Mountains National Park.

Guest Sofia in February 2021 said: “My husband and I made a road trip from Dallas to San Diego and we wanted to make a stop to see the Carlsbad Caverns, so we stayed at Rebecca’s tiny home for the night! It was comfy, clean, and cozy and perfect for what we needed. The tiny house is pretty new and has everything you need to feel homey and recuperated after a long drive! Definitely recommend.”

Burkeen said she’s hoping to have a second property – a two-bedroom home – available to guests in 2022.