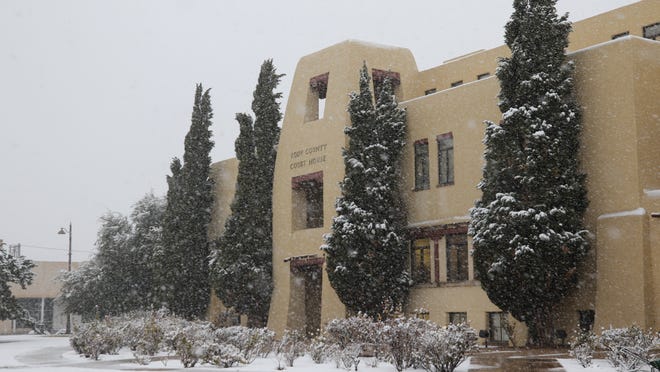 Jefferson Montessori Academy also announced a full day closure for students due to the weather.

Students will return to class on Jan. 25.

CMS Athletics Director Greg Haston said makeup dates for Tuesday’s games against were being explored and would be released at a later date.

Eddy County announced its administrative offices would be on two-hour delay.

The National Weather Service issued a winter weather advisory for Eddy County late Monday. Snow and slushy precipitation was predicted for the region.

Eddy County residents are urged to be mindful of road conditions and plan for extra time if travel is necessary, and are asked to keep off the roads if at all possible.

The advisory was issued until 6 p.m., encompassing most of southern New Mexico, according to the National Weather Service, including Carlsbad, Artesia, Hobbs, Lovington and Eunice.

The Weather Service said it was anticipating up to 4 inches of snow accumulating Tuesday, which could make road conditions dangerous throughout the day.

“Plan on slippery road conditions,” the advisory read. “The hazardous conditions could impact the morning or evening commute. Slow down and use caution while traveling.”

The Weather Service forecast temperatures would warm up this week with a high of 48 degrees and sunny conditions forecast for Wednesday, heating up to a high of 54 degrees by Friday.