Inspired by Science invites young learners aged 7 to 12 to the virtual MINT summer camp from July 12 to 15 to learn about the wonders of science, technology, engineering and math.

The organization announced that the last day to register for the Inspired by Science Camp is June 30 for a fee of $ 15. Registration is limited to the number of kits available.

Campers are given the opportunity to learn concepts such as movement, energy, and chemical reactions with hands-on activities they can do from home. Participants are provided with a kit that contains everything they need to complete activities and projects and be given the opportunity to use problem-solving and critical thinking on STEM challenges.

“We generally don’t put anything crazy in them,” Deena Antiporda said of the jerseys. “We want children to realize that science can only be done with household items. You know, science is all around us. We wanted them to see that it is so easy to create science and learn about it. ” 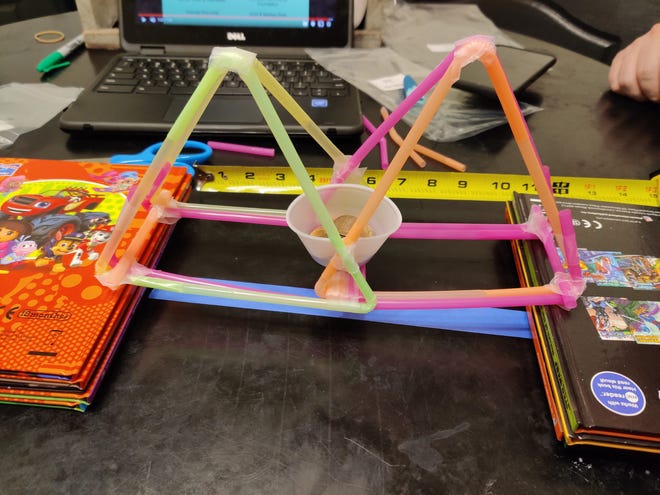 This summer, according to Antiporda, Inspired by Science will be sending out kits for the first time that children from all over the country can participate in.

Inspired by Science has been holding its annual summer camp since 2013. Traditionally, the camp was held in person at New Mexico State University Carlsbad Community College, but went online last year due to the pandemic. As a result, the program grew from 100 participants to nearly 400 students and included participants from Texas and Washington.

Antiporda said the online transition has been a great success and has even shown some benefits, but they hope to return to a face-to-face camp next year.

“It was really different to see children doing science in their own environment and doing it in a different way. It felt like they were out of the classroom, they felt more comfortable at home and were probably more adventurous, ”said Antiporda.

Lisa Nesbit, a board member of Inspired by Science, said she was sad about not being able to work with children in person this year but was encouraged to see how families feel connected about their projects.

“I’ve been with camp since the beginning of the camp and seeing the kids return year after year is inspiring, just seeing their love of science and then seeing the new kids we have every year. They just love it, ”said Nesbit.

According to Antiporda, Inspired by Science would not be able to run these STEM camps without the help of their sponsors Devon Energy and Nuclear Waste Partnership (NWP). As part of an initiative to support the Karlovy Vary community, the organization received a donation of US $ 10,000 from NWP’s parent company, Amentum. Antiporda stated that this would help them cover the cost of the kits and online services for the online camp.

The camp encourages students to send photos of their projects to increase their chances of winning prizes that will be given at the end of the program.