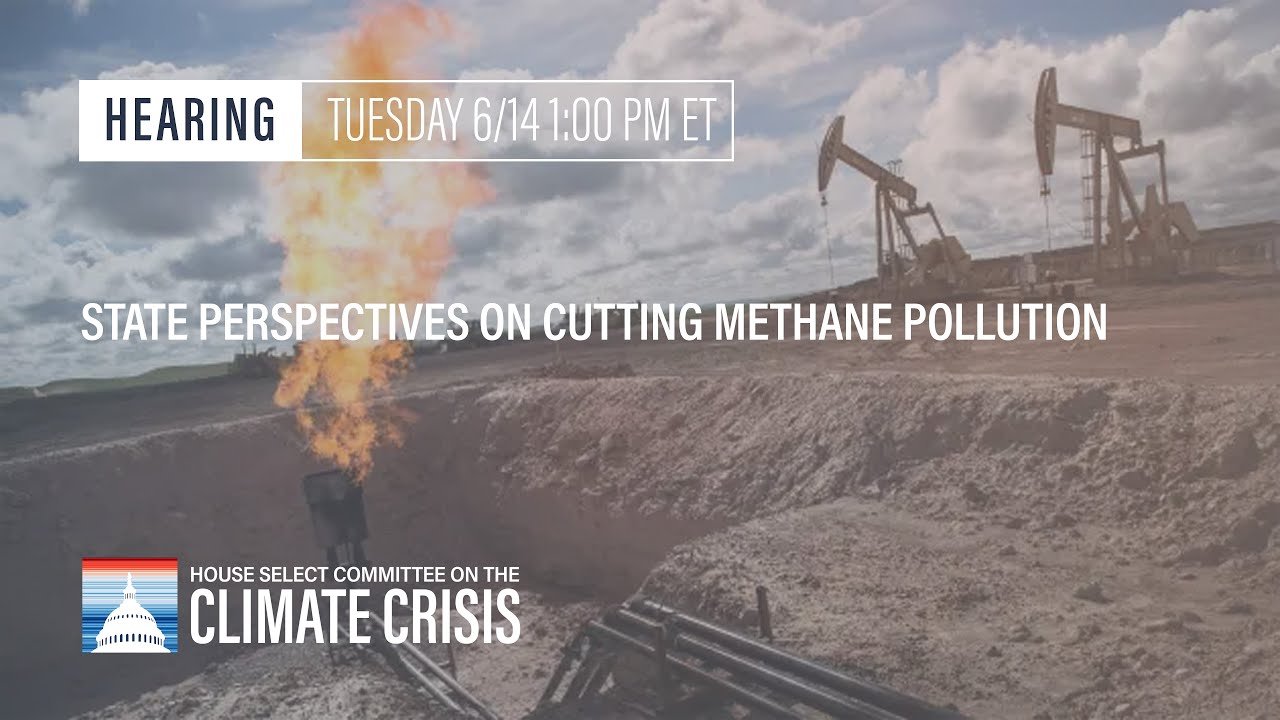 The governor’s testimony came as New Mexico was suffering devastating wildfires throughout the state, including the two biggest in its history: the Hermits Peak Calf Canyon Fire in the northern part of the state and the Black Fire in the southwest region.

Both fires burned more than 300,000 acres and were yet not contained after torching rural areas of New Mexico for months.

Lujan Grisham said the fires and other extreme weather events were driven by climate change, exacerbated by continued pollution from the oil and gas industry that produces fossil fuel and the transportation sector that burns it.

New Mexico is the second-highest producer of onshore crude oil in the nation, following Texas with which New Mexico shares the Permian Basin – the U.S.’ busiest oilfield.

Both agencies soon after embarked on devising complimentary restrictions on emissions, with EMNRD enacting rules in spring 2021 to ban routine venting and flaring and require oil and gas operators capture 98 percent of produced gas by 2026.

NMED was expected to finalize its rules this year that target volatile organic compounds (VOCs) and other precursors to ground-level ozone resulting from oil and gas production that produce the cancer-causing pollutant when interacting with sunlight.

These rules increase reporting for gas releases from oil and gas facilities across the state, while increasing requirements for leak inspections and repairs.

Via an executive order, Lujan Grisham also set targets for carbon reductions in the state’s energy sector, increased goals for its renewable energy development and supported numerous pieces of legislation that sought to crack down on pollution.

During her testimony, Lujan Grisham said these measures were necessary to protect the environment and argued other states should follow New Mexico’s lead, and would reduce emissions by 31 million metric tons by 2030.

“New Mexico is strongly committed to addressing the climate crisis,” she said before the congresspeople. New Mexico has a long history of oil and gas production. The oil and gas industry is both extremely important to New Mexico’s economy and the state’s largest source of climate pollution.”

This can be done, she said, through collaboration with the industry, creating jobs in the carbon-capture sector, while also establishing regulatory certainty for operators across the state.

“New Mexico’s rules create a predictable and fair environment for industry, that encourages innovation, eliminates waste and removes the most potent emissions from the atmosphere and combatting climate change,” Lujan Grisham said.

Oil and gas industry groups and her political opponents slammed Lujan Grisham following her testimony, arguing the policies she championed to Congress were increasing energy prices and impeded economic growth in New Mexico.

New Mexico Republican Party Chairman Steve Pearce, who ran against Lujan Grisham in the 2018 gubernatorial race, said the oil and gas industry, which accounts for about a third of New Mexico’s State budget, should be supported as a key piece of the economy.

“This important industry pours billions of dollars into our state coffers and provides more than a hundred thousand direct or related jobs,” Pearce said. “This Governor continues her efforts to impose painful regulations against oil and gas, and it’s crystal clear that Lujan Grisham has become a true threat to our essential energy sector and the future of our state.”

AAA reported New Mexico broke another record for its statewide average gas price of $4.83 a gallon as of Wednesday, as prices steadily rose in recent weeks.

The national average recently eclipsed $5 a gallon for the first time in history, per AAA’s records.

“New Mexicans are paying the highest gas prices ever while the Governor celebrates more onerous regulations and repeats her failed promise of new ‘green jobs’ as she presides over the state with the worst unemployment rate in the nation,” Behrens said.

“She can pretend she’s a moderate to her Washington friends all she wants, but any New Mexican struggling to pay their bills knows the truth.”