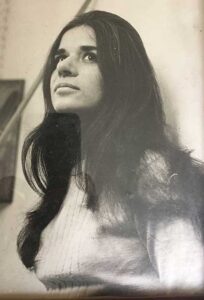 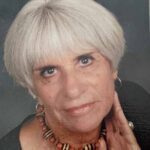 Maria moved to the United States at 26 after graduating with a PhD in Theoretical Chemistry from Universidad de Buenos Aires. Maria was employed at Argonne National Laboratories in Illinois as a Theoretical Chemist and raised two daughters, Anna, and Alicia with her late husband Arnold Christian Wahl.

Maria then moved to Fairfax, VA where she began raising her two sons Chuck and William with her husband Woodrow Wilson. The family then moved to Encinitas, CA. While raising her children, Maria worked as an English as a Second Language teacher and taught Computer Education in the Encinitas, CA school district and as a Professor of Education in Computers at USIU formerly Alliant University which she very much enjoyed.

Maria became a citizen of the United States at the age of 42 which gave her great pride.

Maria was immensely proud of her four children and enjoyed spending precious moments with her now grown families to include grandchildren, son in law’s, daughter-in-law’s. Maria loved listening and dancing to her son Billy’s flamenco music. She learned to Tango at 68 years old. She also enjoyed family BBQs at her son Chuck’s house, time with her daughter Alicia visiting with her mules, horses and donkey and time with her daughter Anna walking by the Pacific Ocean in North County and when possible time with her sister Ana and her niece Iokine and nephew Jon Paul who resided in various countries outside of the U.S.

Maria also had a love for giraffes and birds. Toward the last years of her beautiful life, she enjoyed watching owls and hummingbirds outside of her window.

She cherished being a mother, grandmother, aunt, daughter, sister, and friend. She was beautiful, passionate, caring, trusting, intelligent, witty, compassionate, driven, curious, deeply loving and had beautiful eyes full of adventure coupled with a beautiful smile and laugh that will be heard forever in our hearts. Her family of four children and five grandchildren looked over Maria until her very last days.

A memorial service was held at Holy Cross Catholic Cemetery and Mausoleum in San Diego, CA on March 18th. If you wish to send donations, you may send donations to the Audubon Society or Brain Aneurysm Society. Maria’s family would like to thank all the Caregivers of Casa Primavera in Spring Valley for the care, friendship, and compassion they have shown over the years.