An effort to clean up 300 miles of the Pecos River in New Mexico and Texas prompted government and private organizations to craft a plan for a trash pick up in late September, organizers said.

“This event showcases the meaningful partnerships between all agencies along the Pecos River and the dedication to resource stewardship and protection. In addition, the public’s participation in this event to protect the Pecos River is much appreciated,” said Magda Matecka, UPWA communications coordinator.

Litter and debris along the Pecos River in Carlsbad and Eddy County is nothing new, according to Keep Carlsbad Beautiful Director Mary Garwood.

Earlier this year, volunteers picked up more than 10 tons of trash and debris during the 22nd annual Riverblitz.

According to City of Carlsbad data, nearly six tons of trash were cleaned up during the 2020 Riverblitz.

Garwood said UPWA reached out to Keep Carlsbad Beautiful earlier this summer for the region-wide cleanup next month.

She said awareness of litter along the Pecos River was the catalyst for the cleanup.

“I think there’s people that I’ve never seen before or partnered with before on a statewide level and even in Texas, I think it’s amazing,” Garwood said.

She said litter along the Pecos River is not limited to Carlsbad or Eddy County.

“Everything we do is based along behavior change and we have to keep being creative. We have to stay up with whatever the times are and try to different things to reach people. This is going to do that,” she said.

“Trash pollution is one of the greatest threats to our Pecos River. This debris harms physical habitats, transports chemical pollutants, threatens aquatic life, and interferes with human uses of river,” states the UPWA website.

Garwood said the cleanup alliance in New Mexico and Texas indicated litter is a problem along the entire Pecos River.

“It’s recognizing we do have a problem,” she said.

Matecka said volunteers must preregister before the event at https://pecoswatershed.org/events/river-cleanup/. 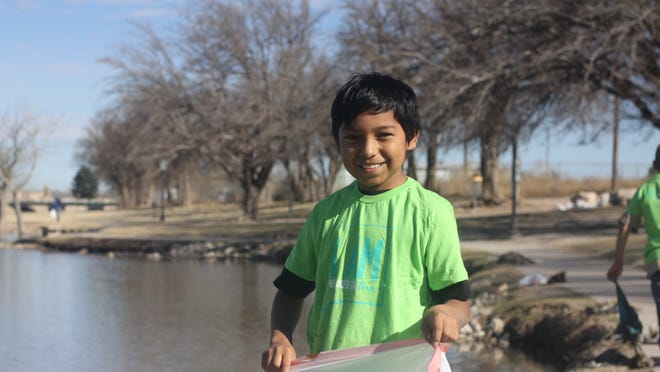