Staffing and other problems at the Waste Isolation Pilot Plant continued to be voiced by the federal government’s watchdog agency in a two-year report seeking to identify struggling areas in the government and ways to improve operations.

The Government Accountability Office (GAO) identified the U.S. Department of Energy’s contract and project management at both the National Nuclear Security Administration (NNSA) and the Office of Environmental Management (EM) as one of six areas in its 2021 “High Risk List” that had showed some improvement since the last such report in 2019.

The EM manages WIPP’s operations on a federal level as low-level nuclear waste is permanently disposed of in an underground salt bed at the facility near Carlsbad.

More:What does the Waste Isolation Pilot Plant hope to achieve during 2-month outage?

Within the report, the GAO pointed to “significant” staffing shortages at WIPP that could prevent WIPP from completing construction projects needed to increase the facility’s space for waste disposal and allow for more workers in the underground to mine and emplace waste simultaneously.

A request for comment was sent to the DOE’s Carlsbad Field Office from the Current-Argus, but there was no response as of press time.

Ongoing at WIPP at the time of the report was an almost $300 million rebuild of the facility’s ventilation system known as the Safety Significant Confinement Ventilation System (SSCVS) and a new utility shaft.

More:WIPP: Test of fan that could be contaminated with radiation completed. Results forthcoming

The facility is also nearing the completion of mining its eighth panel to hold waste, expected to be finished by the end of 2021.

WIPP’s staffing was also specifically mentioned in one of the report’s three recommendations, the only specific facility included in the list.

Along with incorporating better project management practices across the EM and ensuring cost and schedule estimates are accurate, the GAO also specifically called for the DOE to address the staffing vacancies at its office responsible for WIPP.

The GAO report said EM’s staffing struggles could impeded operations such as at WIPP. The agency did take steps in the last year, the report read, to increase recruitment efforts by launching its Acquisition Corps to better evaluate its contract awards to better determine needs. 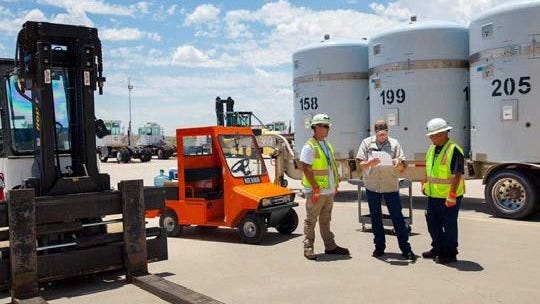 The report also pointed to a lack of reliable cost analysis and scheduling at WIPP and several other facilities such as at Idaho National Laboratories, and the Hanford Site in Washington.

“For example, EM has not consistently developed reliable cost and schedule estimates for its cleanup efforts, including at the Idaho Site, the three gaseous diffusion plants, and the Waste Isolation Pilot Plant in New Mexico,” the report read.

The “High Risk List” wasn’t the first time in the last year the GAO voiced concerns for the WIPP facility and its operations.

In November 2020, the GAO published an entire report dedicated to planning at the facility, contending improvements were needed to avoid any disruption in the disposal of nuclear waste at WIPP.

That report voiced concern that there was not enough planned space at WIPP to be constructed before the available space was full, which could interrupt waste disposal.

Records show only 49 of 76 approved positions at the DOE’s Carlsbad Field Office (CBFO) were filled in 2020, meaning there were 27 vacancies – the most since 2010.

More:WIPP: ‘Minimal’ radiation release expected in use of contaminated fan

“DOE’s field office responsible for directly overseeing the SSCVS and Utility Shaft projects, CBFO, is experiencing significant staffing shortages that may impede its ability to manage the challenges to these projects and remain on schedule,” the report read.

“DOE does not have assurance that WIPP’s planned additional physical space will be constructed before existing space is full, which would result in a potential interruption to disposal operations,” the report read. 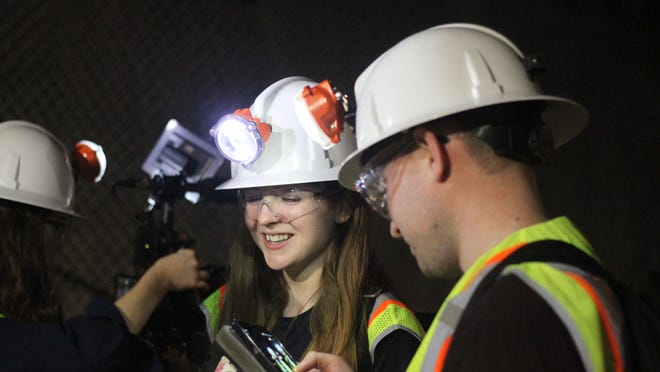 Capital projects such as the utility shaft and SSCVS at WIPP were also of concern, the report read, as officials at the facility reported struggled in gaining regulatory approval from state agencies and finding contractors able to do the work.

On Monday, the DOE’s Office of Environmental Managed released its priorities for 2021, including completing construction of WIPP’s Salt Reduction Building, which is part of the SSCVS, listed as a top priority along with two other projects at the Hanford and Savannah River sites.

EM also listed completing 30 shipments of transuranic (TRU) waste from Los Alamos National Laboratory to WIPP as another priority along with beginning to mine access drifts on the west side of the underground.

“EM is protecting the environment today and helping to prepare the communities near our sites for the economy of tomorrow,” said William White, DOE’s acting assistant secretary for Environmental Management.

“By successfully tackling our past environmental legacy, EM progress means safer, cleaner sites and new economic opportunities for the future,”

Don Hancock, director of the nuclear waste safety program at the Southwest Research and Information Center – an Albuquerque-based government watchdog non-profit – said WIPP recently drew the GAO’s attention after an accidental radiological release in 2014 and the recent capital project were announced.

“Costs and schedules are more important for big construction projects. WIPP hasn’t had any for more than 30 years but now has two of them going on,” Hancock said.

“The GAO is concerned DOE doesn’t have the staff to oversee these projects, which means they could be behind schedule and over budget. I hope that other government officials are paying attention to these things.

“For too much of WIPP’s history, it’s been too low visibility.”

The problem was not confined to WIPP itself, Hancock said, but the issue spoke to a broader concern at the DOE for its ability to adequately contract and complete large-scale construction projects.

“WIPP is part of a long-standing culture problem at the DOE. WIPP is one of many,” Hancock said. “The fundamental cultural problem at WIPP is WIPP hasn’t had big contracts in the past 30 years. DOE has no experience in large contract projects at WIPP. WIPP is a classic example of the overall DOE problem.”

Jay Coghlan, executive director at Nuclear Watch New Mexico said the problem was broader than WIPP’s operations but pointed to a system problem at the DOE and a history of low accountability for contractors.

Meanwhile, he pointed to the GAO’s report of $512 billion in environmental liabilities at the DOE, out of about $600 billion held by the U.S. in total.

“DOE needs more of a nationwide perspective. It never did and refused to do a programmatic environmental impact statement on its cleanup programs. There’s different standards at different sites,” he said. “There’s not integrated, standardized levels of clean up. DOE is just lacking this integrated review.”

Coghlan argued the DOE must adopt nationwide standards and accountability at its facilities so mitigate the concerns, but he said accountability also needs more federal workers to oversee the contractors.

“There aren’t that many federal employees overseeing the contractors. It simply adds more layers,” he said. “In the past the DOE has coddled its contractors and just let them get away with way too much. There was a lack of accountability.”